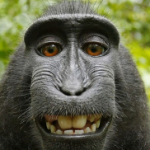 Is there a way to make session notes at the end of a session?

The reason I ask is I am in a 9-max cash game in the simulator and I'm printing money by stealing blinds from the two players to my left. I would like to note things like this at the end of a session. In this case when my weekly training plan comes up on Sunday and tells me I steal too many blinds, I can review my notes and know that the statistics were skewed by exploitative play. One can probably come up with other uses for session notes.

In this particular case, will the weekly training plan tell me I've been stealing too many blinds even though the opponents were folding too much?

It looks like you're new here. If you want to get involved, click one of these buttons!