Home › Discussions › Specific Hand Questions › seems like I should call, but... 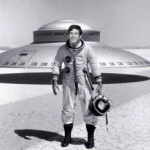 I hit the advice button after the flop and all most all advisers said "fold." Only five advisers said to call. What got me to hesitate however was that I had 75.1% equity against the Cutoff, 79.8% equity over the SB, 80.7% over the BB and 63% over the UTG and reasonable pot odds to boot. Why are the advisers so dead set against a call?